Three routes climb a short section of rock just before the Cave Route on the far south side of Brogan Spire, tucked far away in the park. This is the right most of the three climbs.

Very similar in style to Short Sharp Shock just to its left. Climb through big holds that aren't quite as good as they look up a short wall. This was the least fun of the three climbs.

The rock and climbing style for the three routes in the area is unlike the rest of Smith. Big holds are everywhere that feel and look like solid patina jugs. 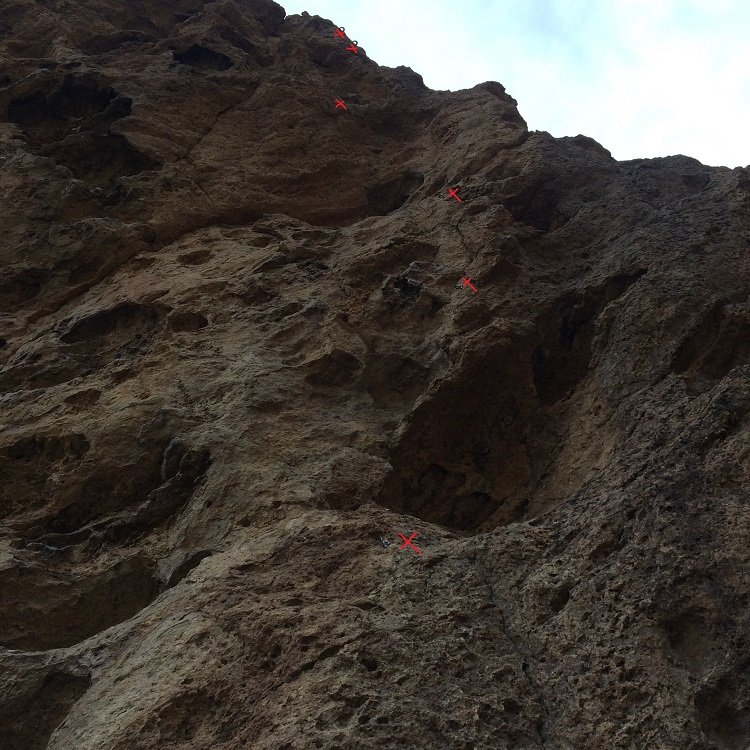 Bolt line for Under the Gun