This climb gets three-stars not from the quality of climbing but more from the position and fun that it offers. The base of the climb is found tucked away all the way around the south end of Brogan Spire. Walk past three short bolted climbs until you find a notch with a few bolts that marks the start of the first pitch just to the left of a big cave at the base of the climb.

Note: You can also reach the cave by climbing the two-pitches of Barred Reality. It makes for a more fun climb than the short manky 5.7 start.

Make easy moves up a small notch past a few bolts. Pass by the two bolt anchor and keep moving up onto the ledge and into the obvious cave that gives the route its name. There is a single glue in bolt on the ground inside the cave window. Use this as a belay bolt for the start of pitch two.

Start out traversing left to the first bolt out of the cave. From there move up and trending slightly left. The second bolt is a dark color that blends in with the rock - try to spot it before setting out on the climb. It's in line with the first and third bolt. The overall climbing is easy but the bolts disappear as you make the final moves to stand atop the spire. The summit has lots of bolt options I'm guessing for multiple parties above although there probably isn't room for more than three maybe four people at the top.

We did three rappels to get down. One from the top of Brogan Spire to the ledge below where there is a beefy two bolt anchor at the top of the ledge. Rap from this set of bolts in a left facing dihedral down to the cave. From the cave walk towards the edge of the face and find the bolted anchor you passed on the way up to rappel back down to the south side of Brogan Spire. 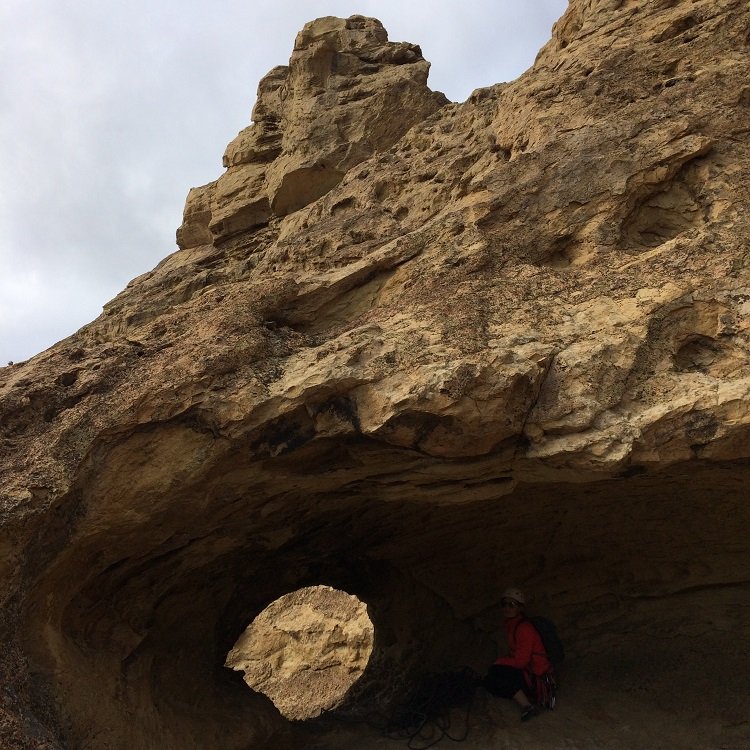 The cave on the Cave Route 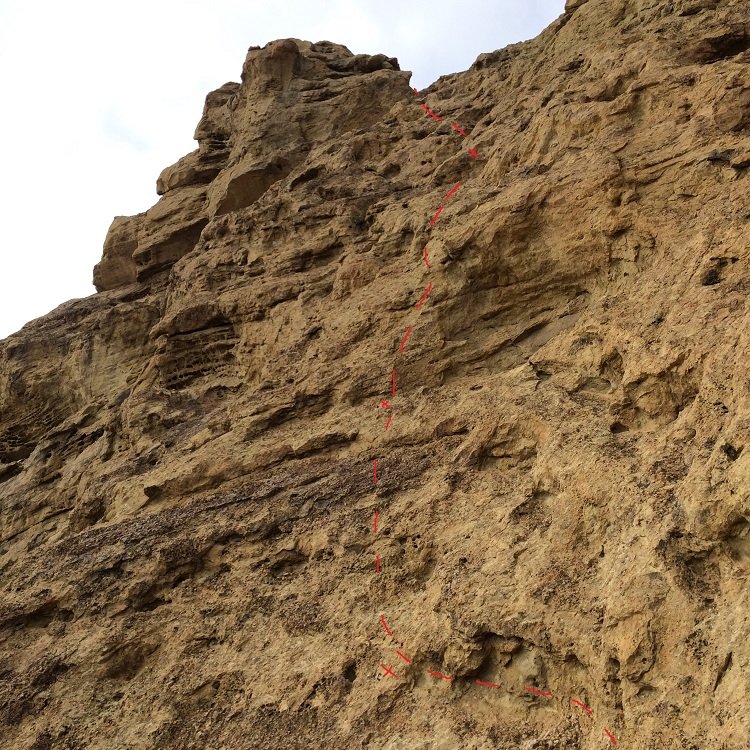 Bolt line up Pitch 2 to the top of Brogan Spire 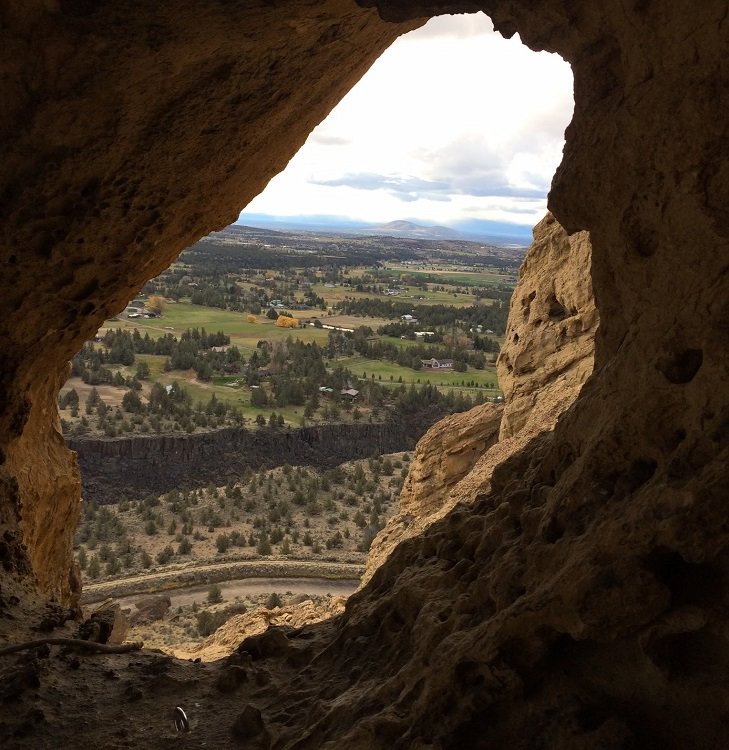 Cave and bolt to belay from 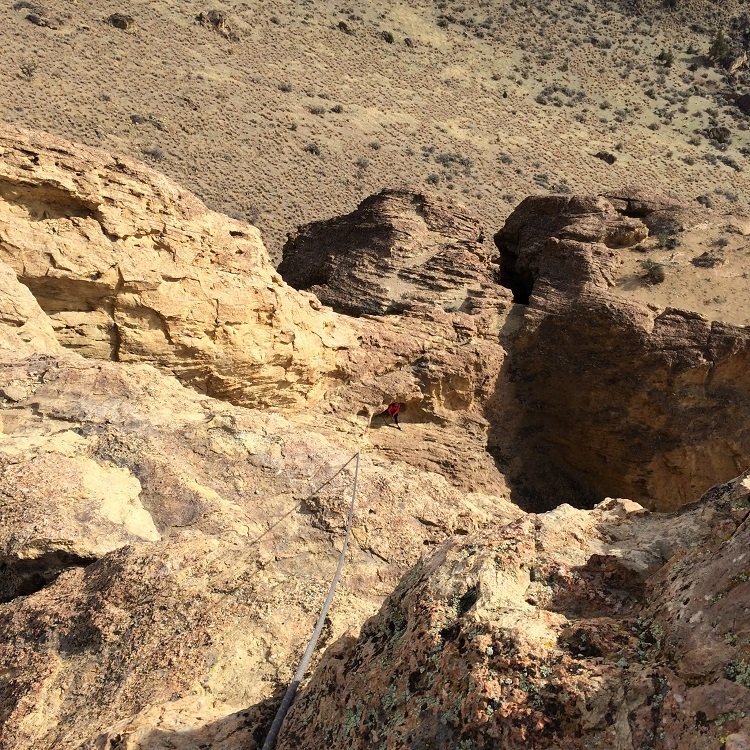 Looking down from the top of Brogan Spire to the cave 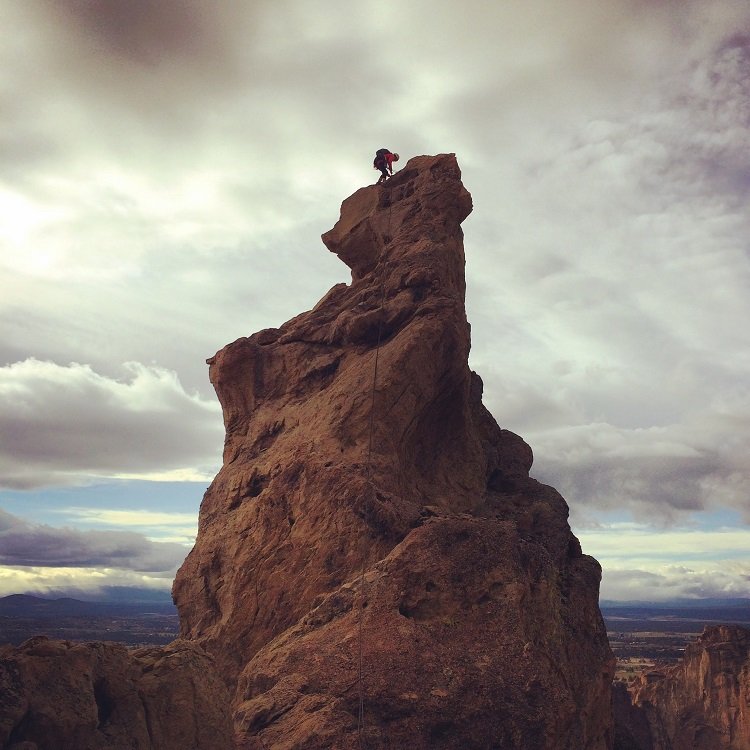 The Final pitch up the east side of Brogan Spire 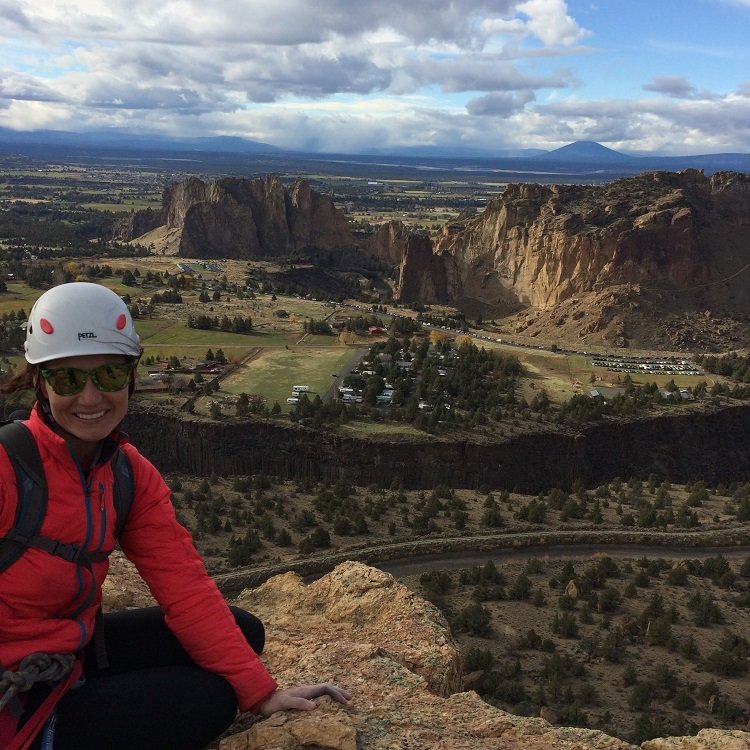 Obligatory photo on the top of Brogan Spire