Three routes climb a short section of rock just before the Cave Route on the far south side of Brogan Spire, tucked far away in the park. This is the middle of the three climbs.

This climb is amazing and feels like something that was set in a gym. It's steep so the falls are clean and it's also short so if you have enough strength to pull through some bigger moves on jugs, you shouldn't need much endurance to send.

Move up through are few polished jugs down low. After the first bolt the jugs become more sharp and huge on strong rock. It's hard to think of any other moderates at Smith that have huge strong holds on slightly overhanging rock like Short Sharp Rock. All in all the climb feels very similar to Under The Gun to its right, but much more fun. 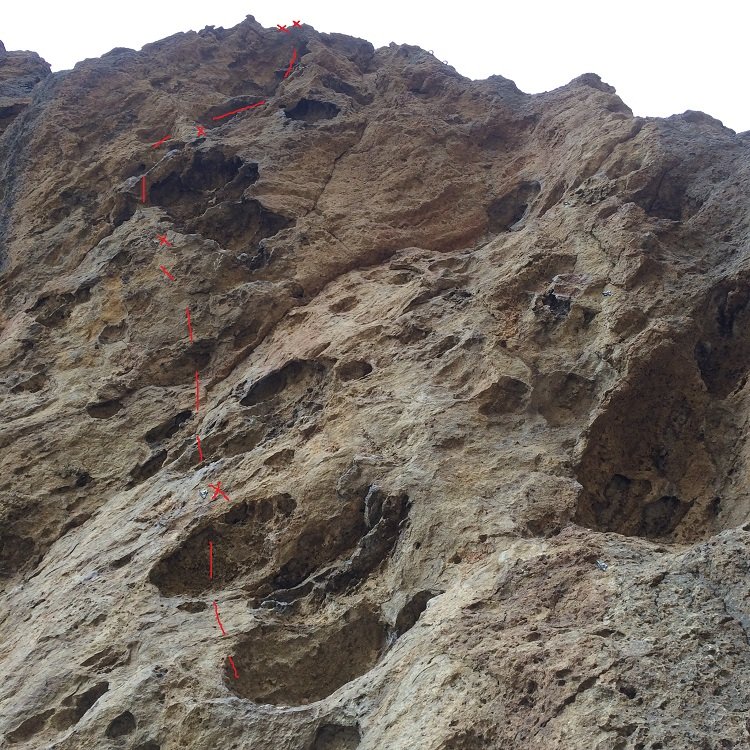