Located in between Wherever I May Roam and Cod Rock, Chalk Wave is located up a few switchbacks off the trail that links to the two aforementioned areas. Be careful where you tread, the trail heading up to Chalk Wave is fragile.

Chalk Wave leads up a low-angle slab that is littered with pockets and huecos on what looks like strong rock. The amount of lichen on the rock would leave you to believe that the route isn't heavily traveled, which had us wondering if anything was going to pop off and leave us cheese crating down the slab. Good news, it all held.

Overall the route felt odd in that we constantly felt off route. There were a number of areas where huge jugs and huecos out left sucked us in but were a few steps from the bolt line and required stepping over back to the right to clip the bolts. Although the Watts book gives the climb three stars, it didn't leave us feeling all that inspired compared to some other 5.8 climbs in the park. Definitely not worth the hike up to the area by itself but good enough if you are in the area. 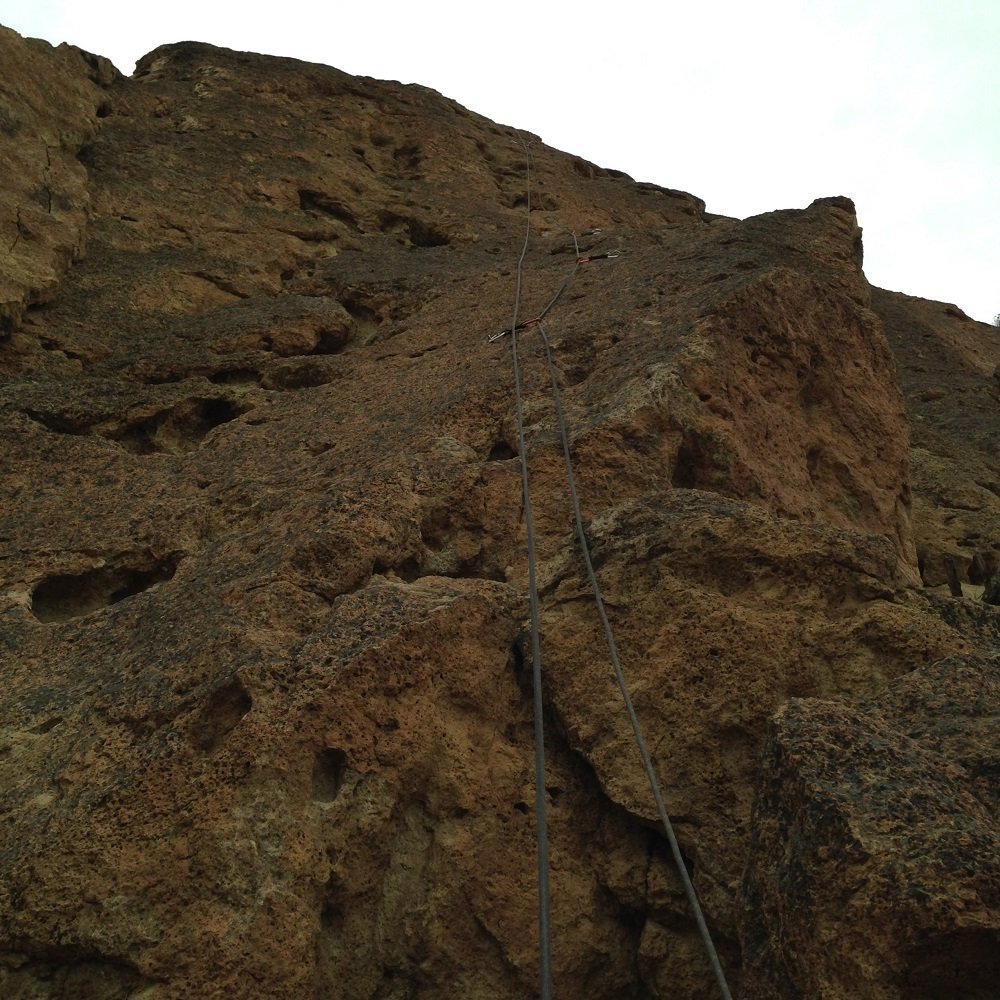