Move up and slightly to the right off the anchors of Phantasmagoria on lower angled rock. Use big holds that lead to a arete fin to your left before again moving back to your right. Keep trending up and right on dark rock that can look a bit chossy in places. Be aware of pulling hard on certain chunks of rock. The crux of the climb comes just before topping out by pulling over a small bulge on yellow colored rock. Overall a great long climb with fun moves.

There are multiple ways to rappel off of this climb. Do not try and rappel the direct route you climbed, ropes can get stuck and you will need two ropes. Instead, look to rappel from the anchors near Super Slab or use the anchors for Titanium Jag located to the climbers left of the route. To gain the first set of anchors for the rappel down Titanium Jag, stay on belay and climb down to the climbers left of the route to a set of anchors. The climbing down to the anchors is easy but you wouldn't want to fall and swing. Make a shorter single rappel to a set of anchors below a roof on a mini ledge. From there make another rappel down to the top of Phantasmagoria, before a final third rappel to the ground. Having two ropes could make this a two rappel descent. 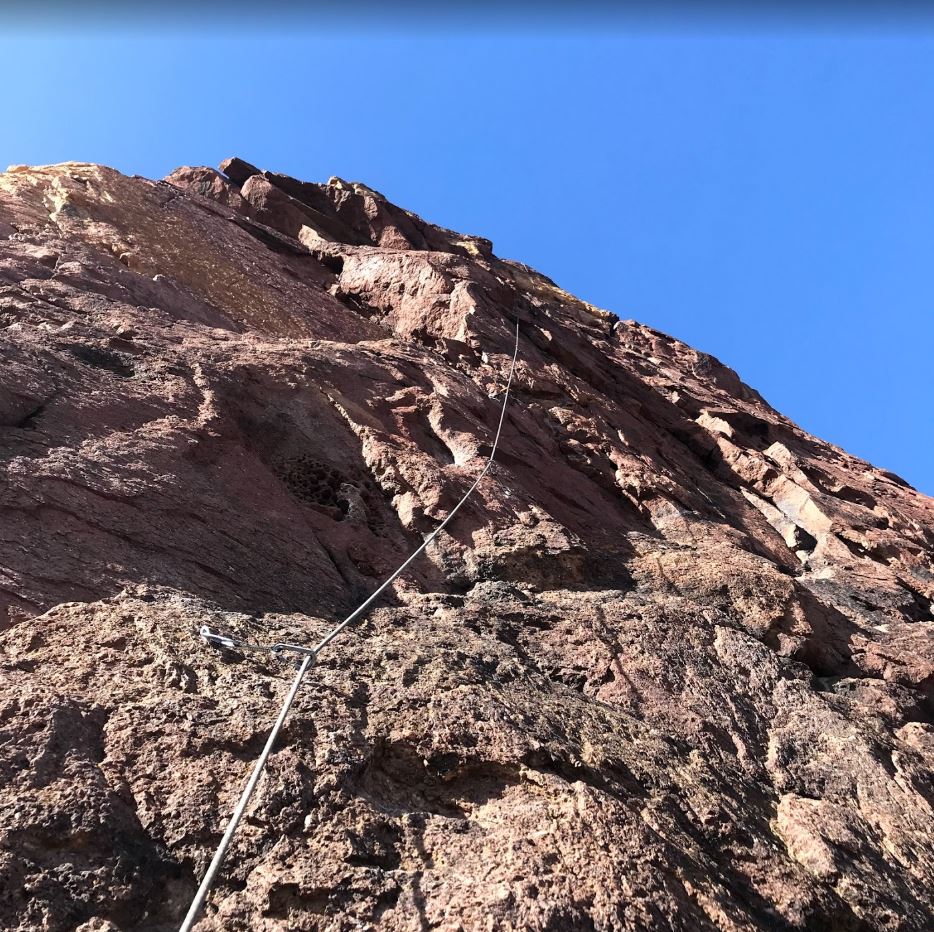 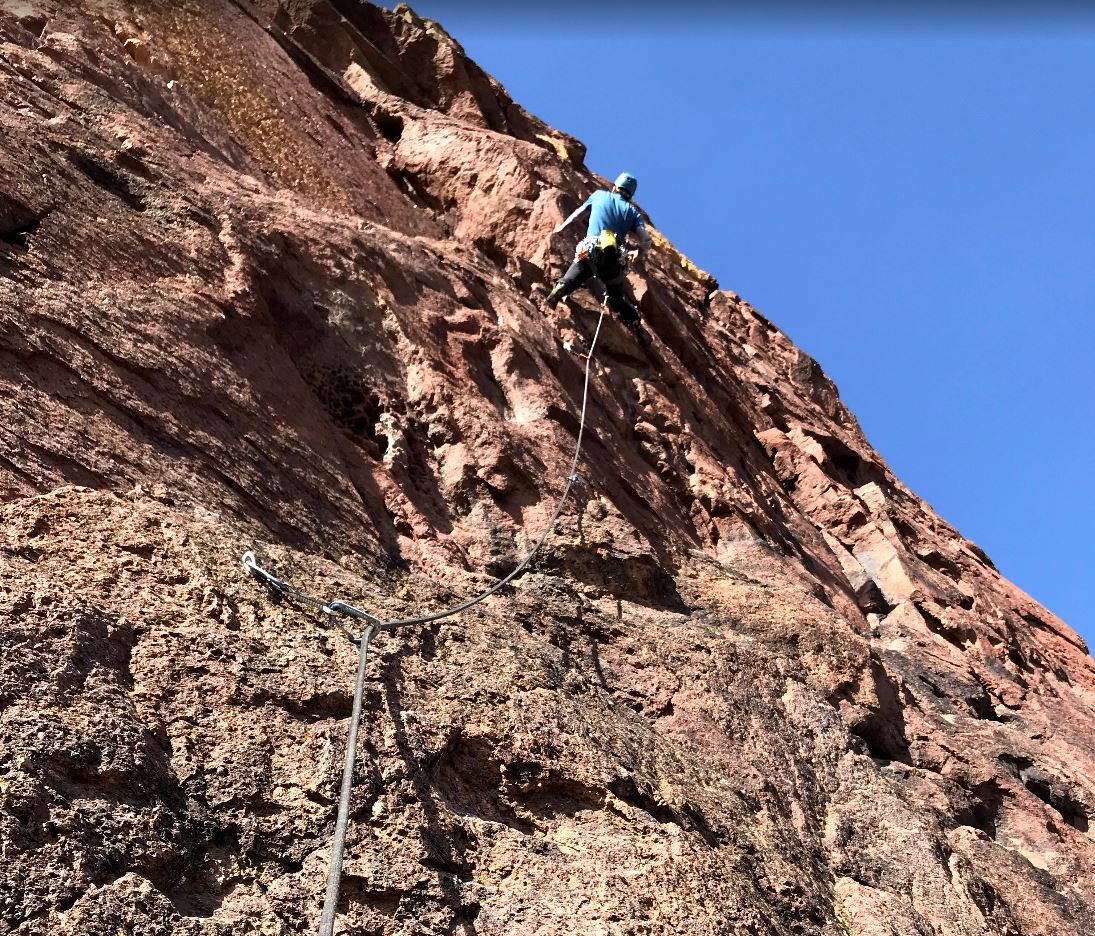 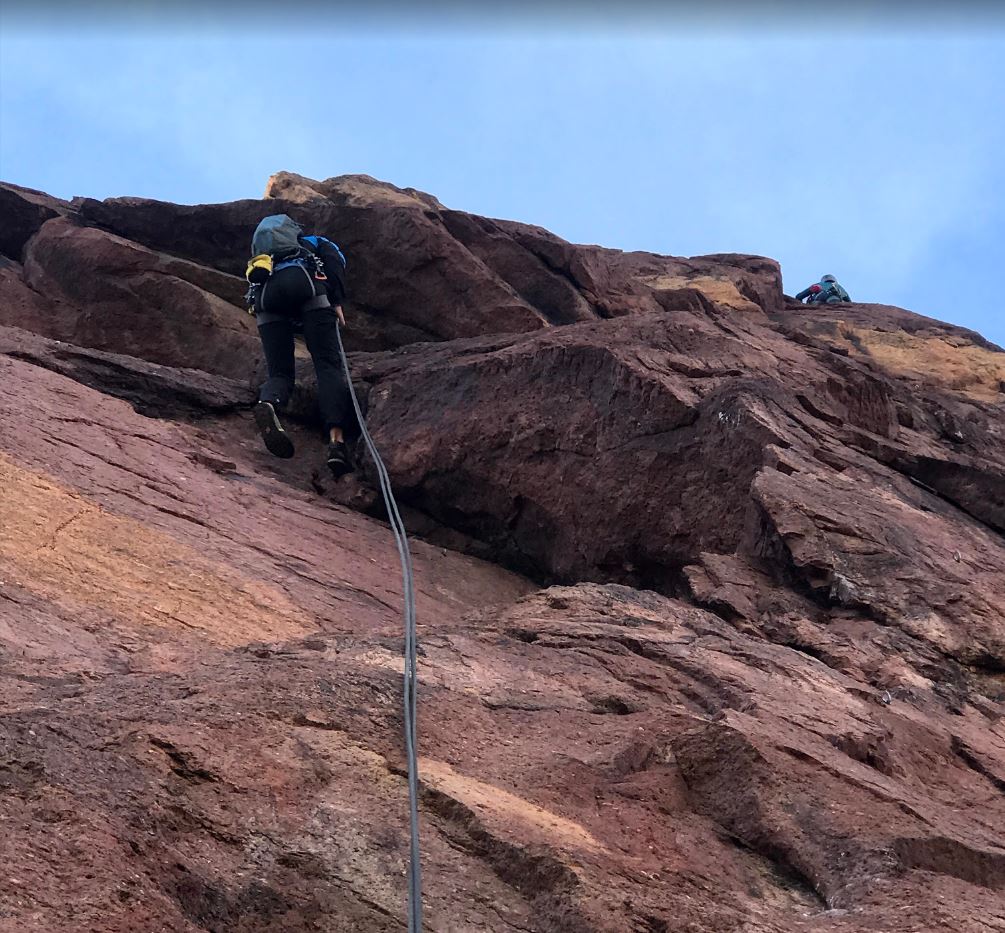