Lion's Jaw is a fun trad route found near the heart of the crowded hueco-filled Morning Glory Wall. Walk up a short set of stairs just left of Five Gallon Buckets and look for a small dihedral with a small crack running up its middle, just left of a bolt line. The climb takes cams and nuts pretty well the whole route and doesn't require anything bigger than 2-inches. You could definitely get away with gear up to 1-inch, it was nice to have doubles on either side of the half-inch mark. Sew it up as you please based on comfort.

The climb doesn't require much in the way of finger-locking and crack climbing know-how, although it helps. You can use the crack in a lot of ways, stemming your way up and using occasional pockets to climb the vertical first half of the climb. There are also nice edges and jugs to use along the way. As you near the roof, the angle of the climb decreases as you work up a slabby section before pulling over/around the roof. There is an opportunity for placing gear under the roof but it's probably easier to just head up and over before having to work yourself into the corner. Big holds on top of the roof make for much easier climbing than it appears from below, with the chains just a few moves above the roof.

If you like placing gear, Lion's Jaw if a great climb that often times is open as lines are forming at the nearby bolted lines of the Morning Glory Wall 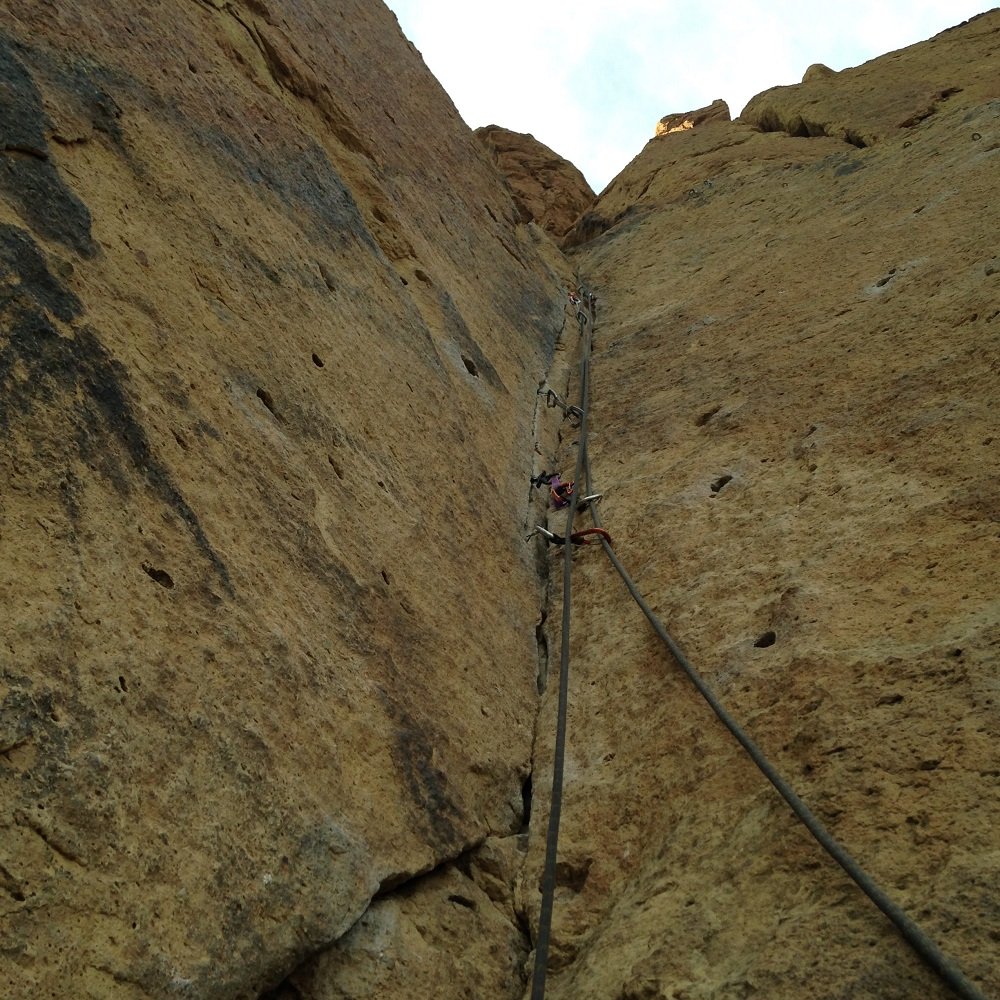 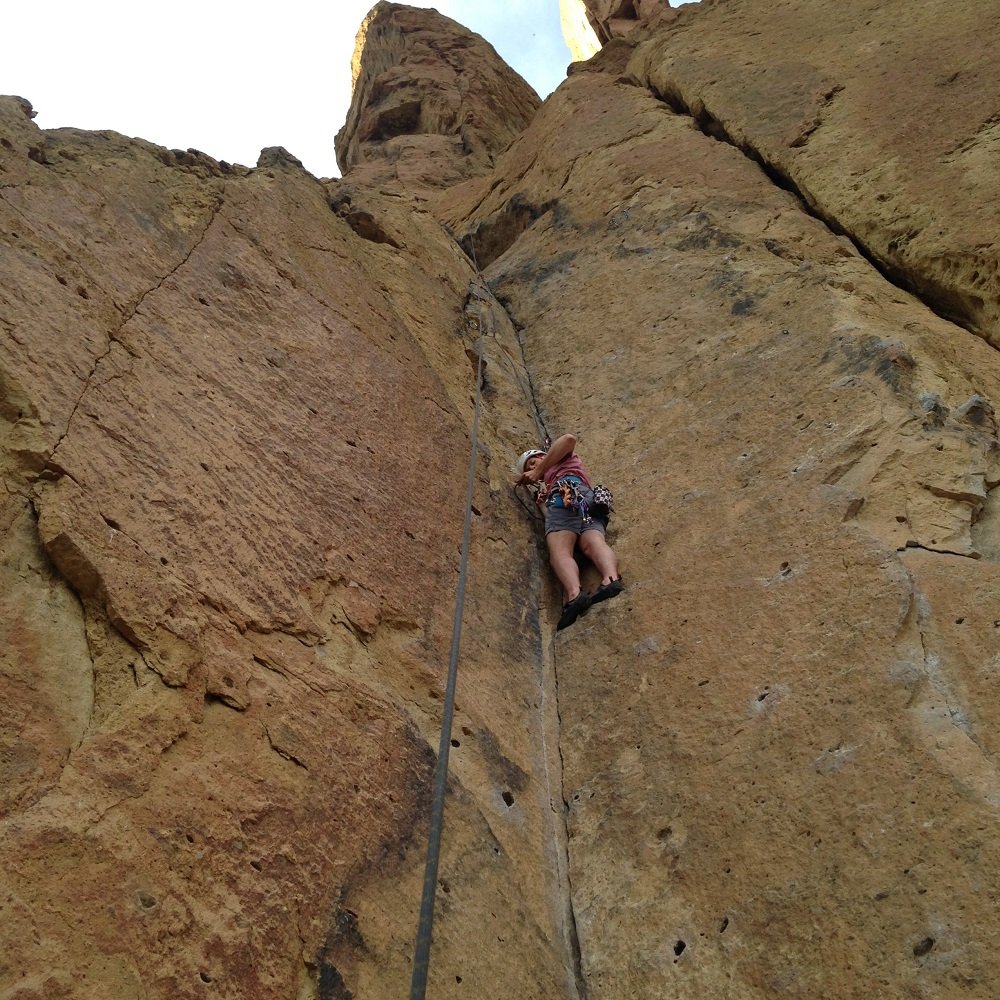 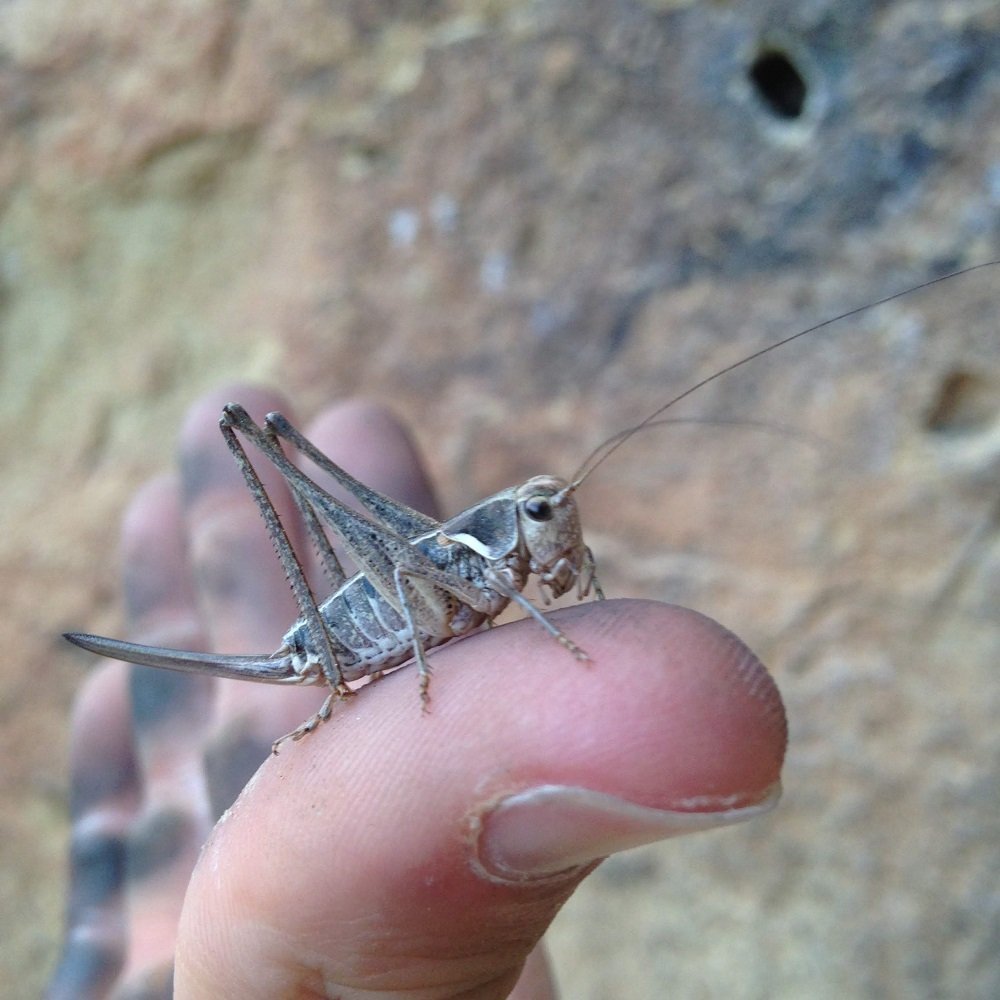 The spirit insect of the climb