Smith Rock is home to countless moderate routes in the 5.10 range. If you’ve ever climbed at Smith then you know some of the original lines that went up at Smith that were rated 5.10 can feel much harder than what you’d expect. A good example is Wedding Day in The Dihedrals, which is rated 5.10b in the Watts Guidebook, but feels much harder due to the technical nature of climb. While it’s easy to blow of the climb as being sandbagged, it’s important to remember many of the original lines at Smith were some of the hardest sport climbs at the time they were established.

At the same time, many of the newer 5.10 lines feel more accurately graded and won’t leave your ego bruised. Our list of the best moderate 5.10 sport climbs in the park are made of lines that feel moderate in difficulty that offer up fun climbing on good rock. Many of these climbs are considered classic.

JT’s route offers a great introduction to 5.10 climbing at Smith. The start of the climb is easy with abundant jugs on vertical rock. The line moves a bit from right to left following a shallow dihedral while still remaining fairly straightforward on good rock. The crux of the climb that gives it its rating of 5.10b requires pulling over a bulge near the top of the climb using proper body positioning. With the start of the climb being so easy, the crux may feel harder than you would like but it is all there and falls are clean. 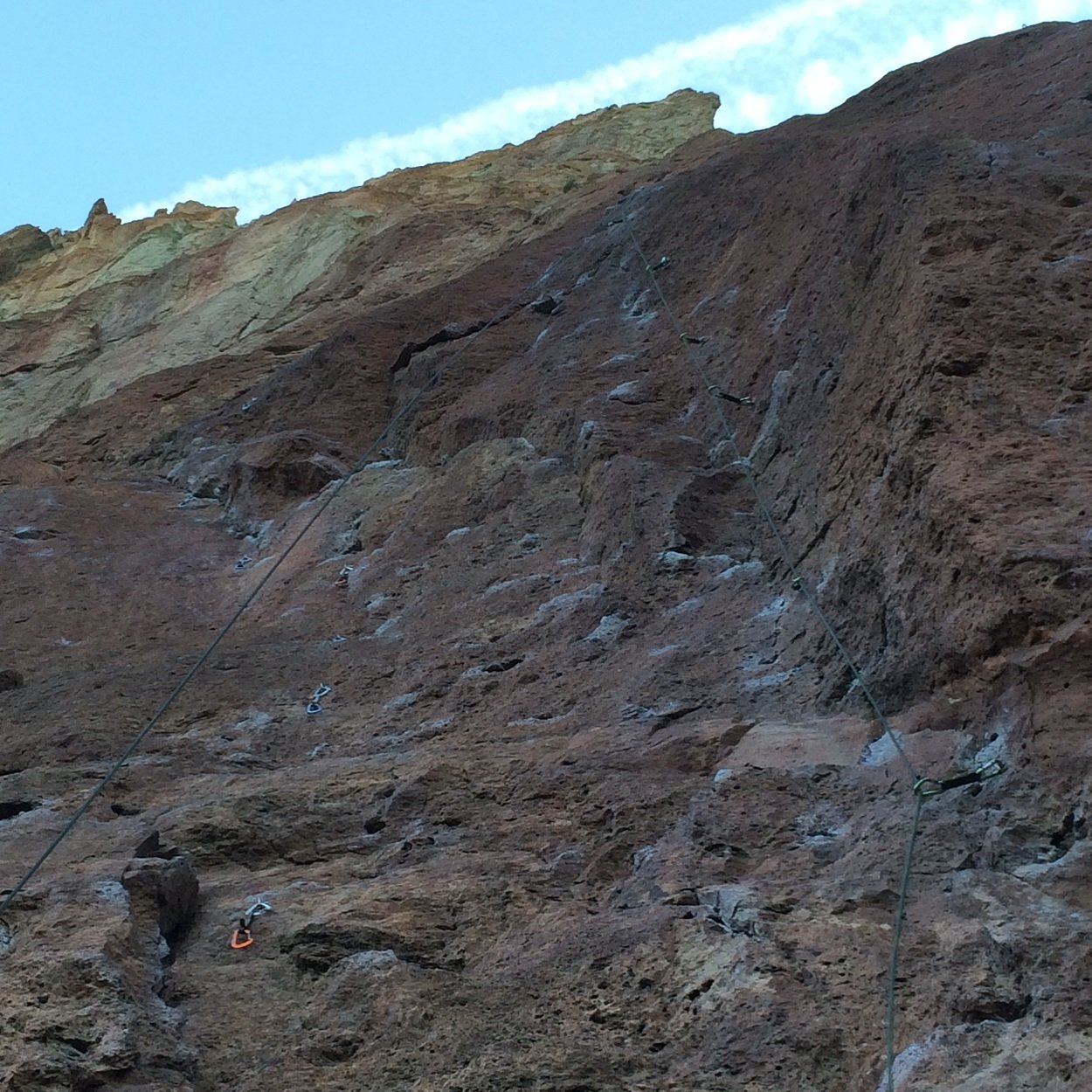 Nine Gallon Buckets is a Smith Rock classic. While there are a few sets of “anchors” along the way, most people climb to the top set of anchors which will eat up most of a 70m rope, making this a full value climb. Getting to the first bolt may be a bit unnerving so bust out that stick clip and don’t leave anything to chance. After the first clip the climbing is good safe with a single prominent crux that requires more balance and creativity than the rest of the climb that mainly involves pulling through big holds and huecos. The last stretch of the climb near the final anchors is unforgettable as you work through the pump on good holds high off the ground on vertical rock.

Talk to anyone who has spent time at Smith and they’ll rave about Moons of Pluto. This climb has it all – a great setting, technical climbing on solid rock, and creative moves high on the chalked up arete. Like many other climbs at Smith, stick clipping the first bolt is a good idea given how the base of the climb slopes downhill and isn’t worth an early fall. The first half of the route requires technical moves on small Smith nubbins where trusting your footwork is key. Once near the top, creativity allows for a multitude of ways to work the arete and pull through a small bulge. This climb is a classic that should be on your list of to do’s in the park, along with the other moderates found on the Mesa Verde Wall 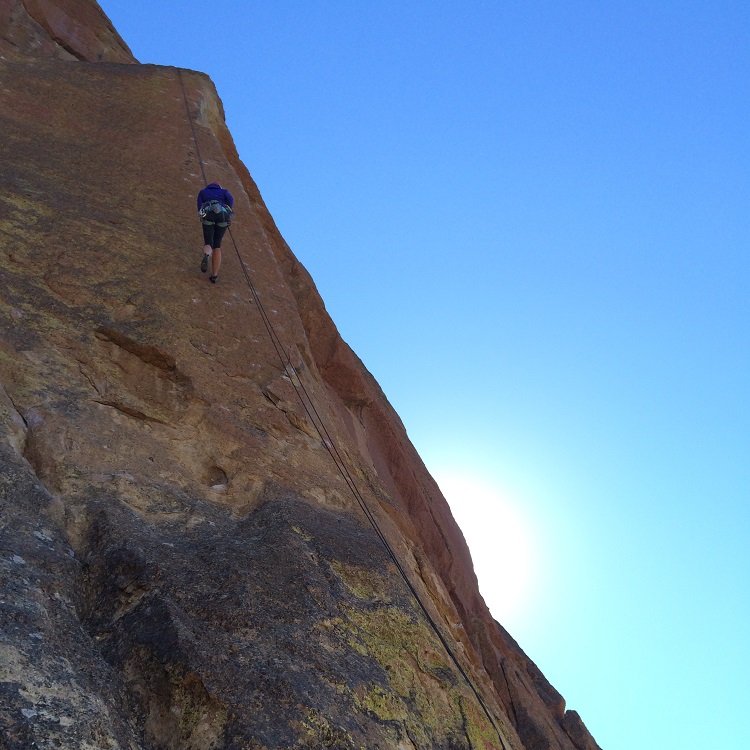 See the route description for Moons of Pluto >

More Sandy Than Kevin may not be on the short list of classic Smith Rock climbs, but the constant stream of traffic it receives speaks for itself. This climb makes our list due to the variety of holds and movement found throughout the climb. Use crimps, pockets, rails, and pinches as you work way back and forth around the bolt line on vertical rock. The flow of the climb is unique and the creative moves through the middle section will leave you smiling.

See the route description for More Sandy Than Kevin >

While the base of Thieves Like Us is in a rather odd slot between a free standing chunk of rock and the main wall, that is the only thing going for this climb that isn’t of quality. The climb itself blends a variety of holds up mostly good rock up a vertical face. Start by using big underclings to get established on the face. From there it is a combination of crimps, jugs, and the occasional slopey hold before reaching a ledge with small pebbles at the anchor. We loved this route for it’s movement and rather obvious route finding. There didn’t seem to be one single crux but instead easier 5.10 moves most of the way. 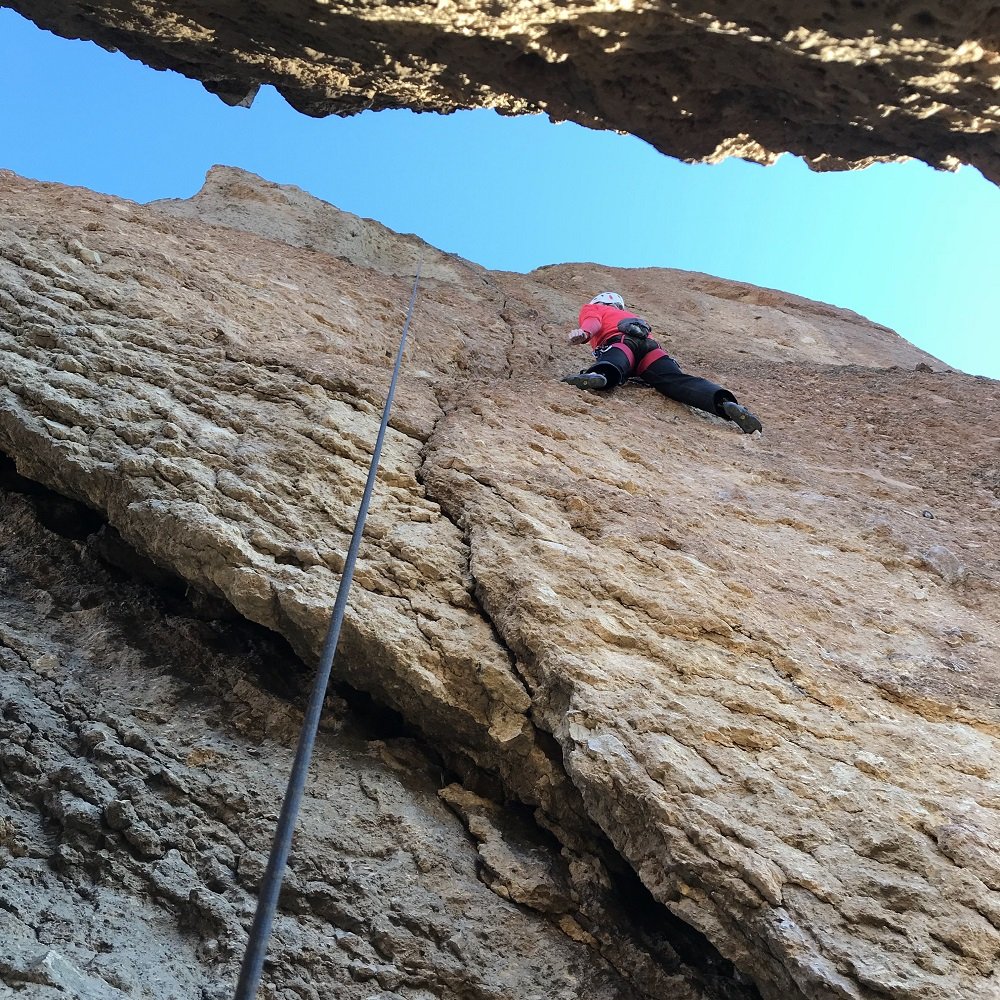 Kid Packed Minivan From Hell isn’t a climb that you hear people talk about when it comes to climbing at Smith. The route is found out of the way, deep in the Marsupials, weeding out anyone willing to make the long hike out to The Mudpile. The large jugs at the base of the climb look suspect and leave you understanding the area’s name. Regardless, this climb is a Smith gem. Start out on steep jugs before the climb quickly turns into a technical workout. The route isn’t always obvious, as we found ourselves downclimbing out of a dead-end on our first go. Lock-offs on solid incuts give way to a big rail before reaching the anchors. This climb definitely flies under the radar but deserves your attention. 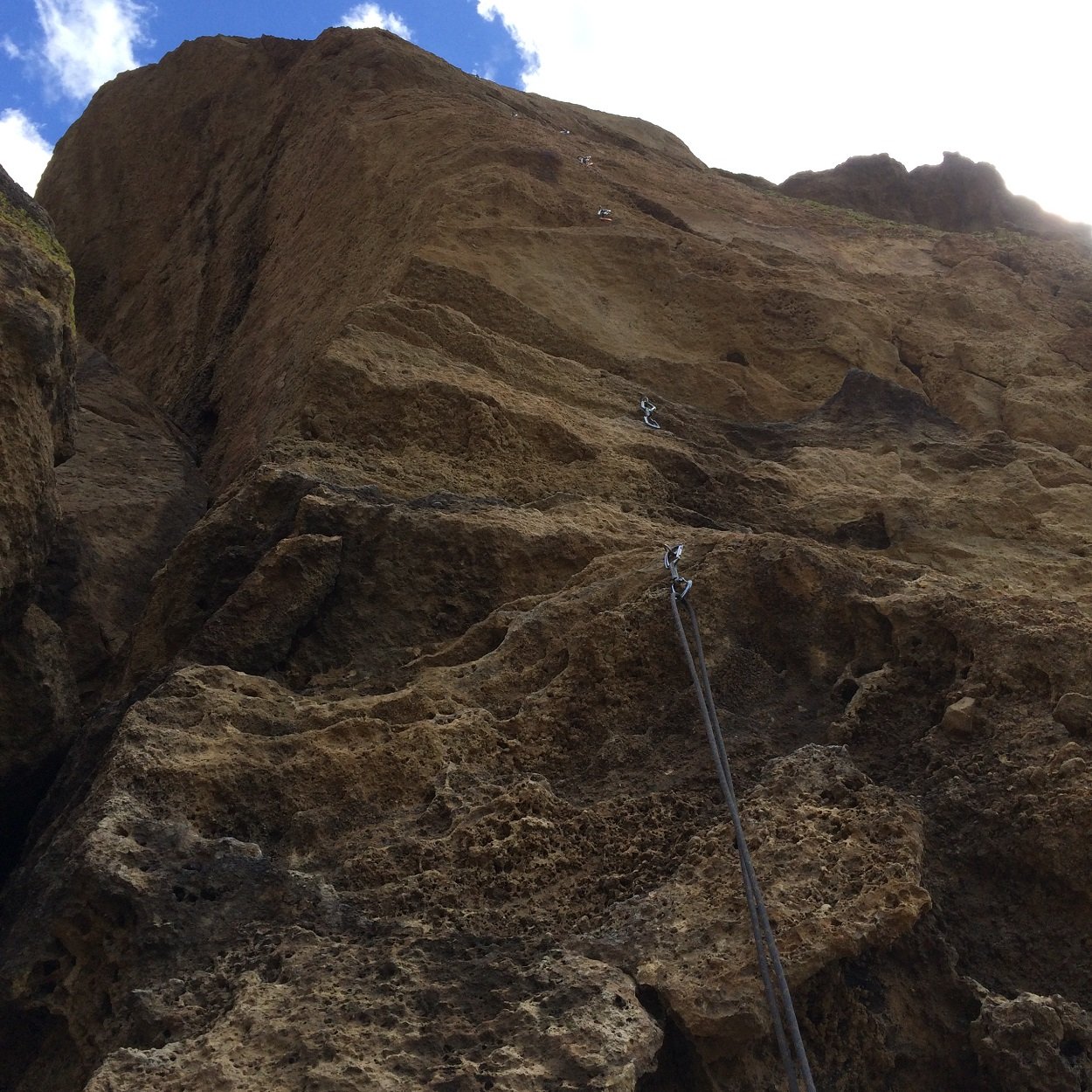 See the route description for Kid Packed Minivan From Hell >