While standing at the base of the classic trad multi-pitch route Moscow, I ran into a couple gearing up to take on the route. They said they had driven from Seattle for the weekend and weren’t all that thrilled with Smith.

I couldn’t help but wonder what the couple had expected out of Smith, it’s no secret that it’s known for pebble pinching sport routes.

Trad climbing isn’t the first thing that comes to mind when people think of Smith Rock, after all it is considered the birthplace of sport climbing in the United States. Bolts litter the walls of Smith and invite climbers of all abilities to take a crack at climbing some tuff. While sport climbing is by far and away more popular than trad at Smith there are still a lot of fun lines where a trad rack is required to take you to the top. 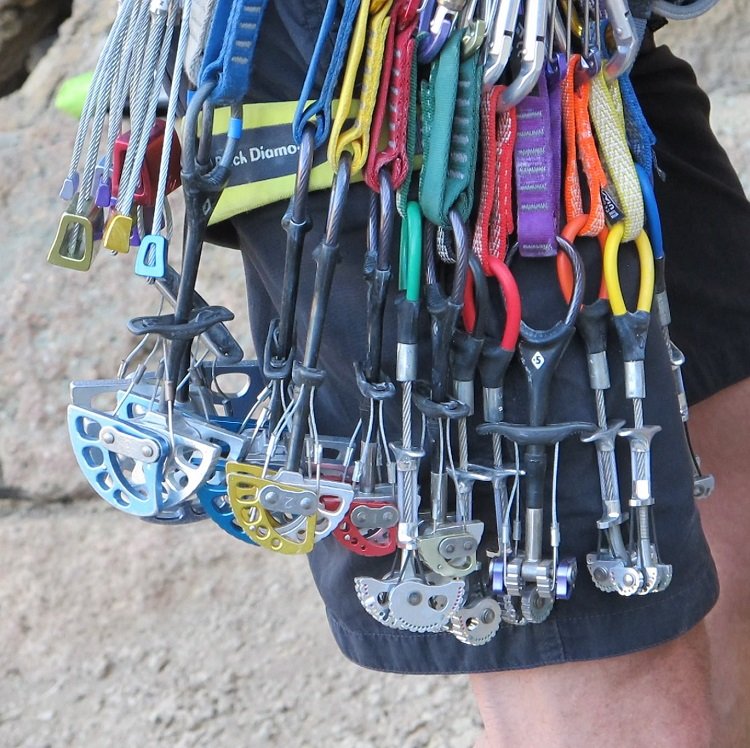 You don’t see a lot of trad gear being used at Smith Rock.

Placing gear at Smith isn’t as routine or as easy compared to plugging gear in basalt, sandstone or granite (unless you are climbing in the lower gorge). The bumpy nature of the welded tuff can make placing cams a bit more tricky than usual. It can be harder to find a solid placement where lobes are cammed equally or a placement that inspires confidence that your piece won’t walk over the small bumps in the tuff.


Even though the gear can be a little fickle there are still plenty of good options for new trad leaders to try their hand placing protection on easy routes that take gear well. Here are three fun 5.6 trad routes to get your head in the trad game at Smith Rock.

This is the best easy trad climb in all of Smith Rock. While the first two pitches aren’t anything to write home about, that third pitch is truly spectacular and gives the route its billing as a classic.

Super Slab climbs to the top of the Red Wall with big belay ledges breaking up each pitch. In fact, it’s such a good beginner climb it’s typical to see guiding trips or classes taking up the climb with large groups. If you happen to run into a large group class on this climb, don’t bother waiting unless they are about to finish up. The climb requires a double rope rappel or three single-rope rappels and can take forever with a class. 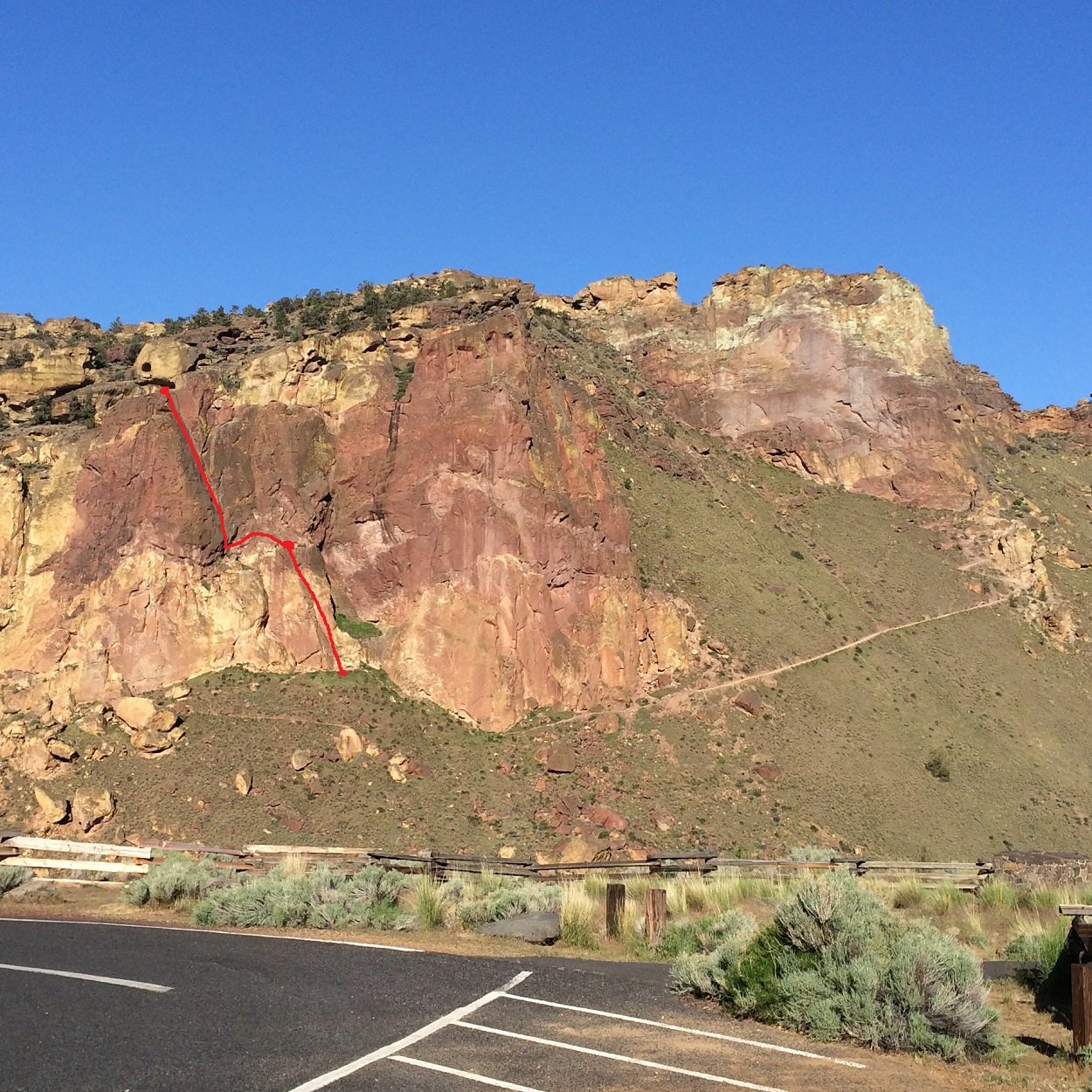 The climb gets morning sun and can be a good option for colder mornings. It’s typically too hot to climb in the summer when it’s in the sun. The first pitch has bolted anchors and so does the top of the third and final pitch. The intermediate second pitch requires an anchor to be built.


The classic rating comes from the quality of rock, quality of gear placements, and quality of climbing on the third pitch. A small crack runs up a left facing low-angle dihedral that allows for all sorts of fun movements and the ability to wrap your fingers inside the crack – no real jamming technique is needed. The position is amazing as you climb high above the Crooked River with views of The Marsupials to your left. It doesn’t get much better than this for an easy trad route.

Found in the heart of Smith Rock, Cinnamon Slab offers up another low-angle trad adventure made up of strong rock, a nice crack for placing gear, and fairly fun climbing. The climb sits in the middle of The Dihedrals, an area known more for some of the classic sport climbs in the park. Given the ease of access to the area and quality climbing, this climb also is typically very busy and can be frequented by classes or groups given that there are a handful of easy climbs next to Cinnamon Slab.

The climbing itself is fairly unique for Smith. A low angle ramp running left-to-right climbs up to a big ledge with multiple bolted anchors. A crack on the left hand back side of the crack provides ample opportunity for gear as it widens the higher you climb. It also allows climbers to make nice secure jams with their left hand and left foot along the way. That said, jamming isn’t a necessity to climb this route as there a plenty of face climbing options throughout the climb. 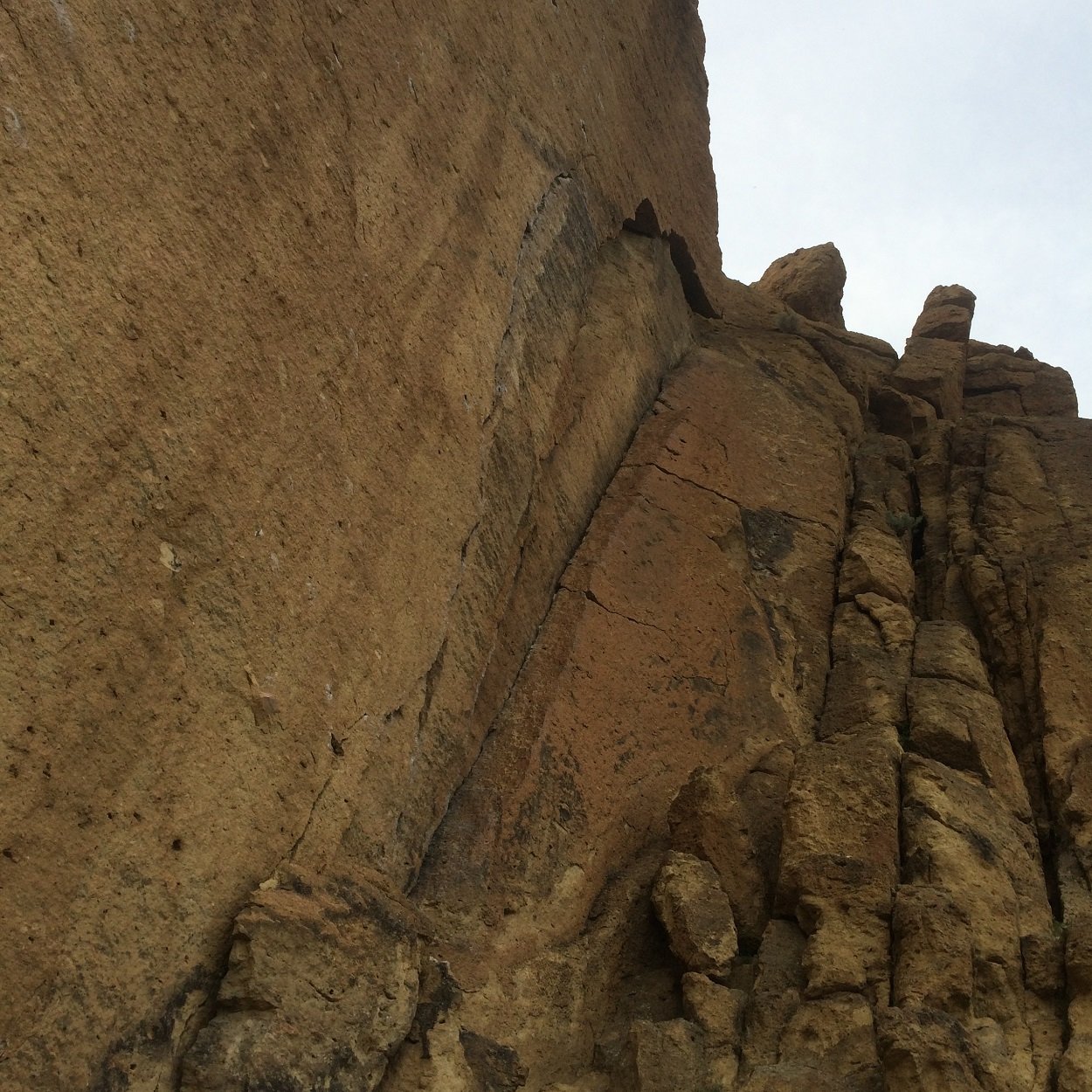 New trad climbers would likely benefit from bringing two 3-inch cams along with a 4-inch piece to protect near the top. Once at the top a single rope rappel will get you down to the base but we highly recommend taking on the second-pitch 5.8 sport route Cry Babies.

Last on our list of the top 5.6 trad routes at Smith is Moscow. This is another multi-pitch climb that offers up a much more adventurous ride along with some moves that felt harder than 5.6 on the Red Wall, just up the trail from Super Slab before beginning of the steeper part of the Misery Ridge trail.


It should be noted that while this climb is only graded 5.6, it does require a bit more route finding and requires climbers to build their own anchors along the way. You’ll encounter a few places where you have some choices as to the line to take and where you think the best place is to build anchors. That said, you have plenty of options for where to setup a belay which can be nice if you are stuck behind another party. 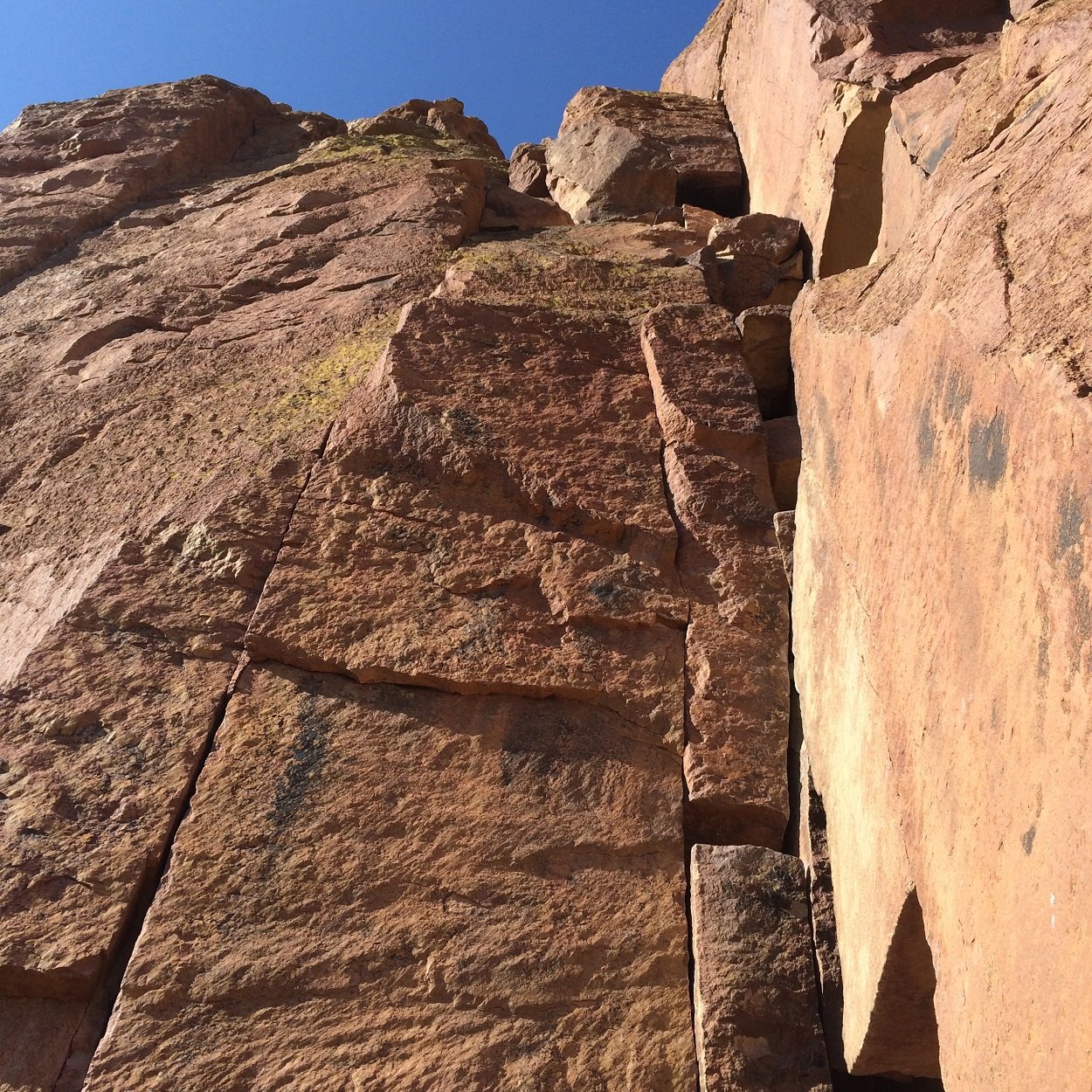 The blocky start of Moscow.

Unlike the previously mentioned climbs, you will encounter moves along this route that require some sort of jamming techniques. Down low on the route there is a variation bypass that requires a hand jam and up high on the finishing pitch of the route there is no way around using jams in a wide 4-inch crack next to a low angle slab. The jams are short lived (really just a single move) when you encounter them, but they are there.

Once at the top of the climb, trade you climbing shoes from some more comfortable shoes and make the walk off down Misery Ridge.

Trad climbing at Smith is a bit more of a novelty compared to other crags. Even so, it’s still worth bringing your rack into the park for a day and ticking off some of the easy trad classics.

How to build your first trad rack >